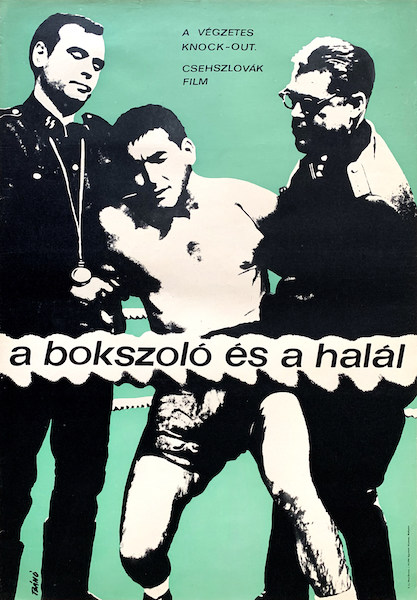 Boxer and Death, The

The Boxer and Death is a 1963 vintage Hungarian movie poster designed by Andras Bano.

The Boxer and Death (Slovak: Boxer a smrť) is a 1962 Slovak film directed by Peter Solan. The film is based on the life of Polish boxer Tadeusz "Teddy" Pietrzykowski, but in the film the boxer's name is Ján Komínek. It stars Štefan Kvietik and Manfred Krug, and was based on a Polish novel by Jozef Hen. A Hollywood remake Triumph of the Spirit was directed by Robert M. Young in 1989.