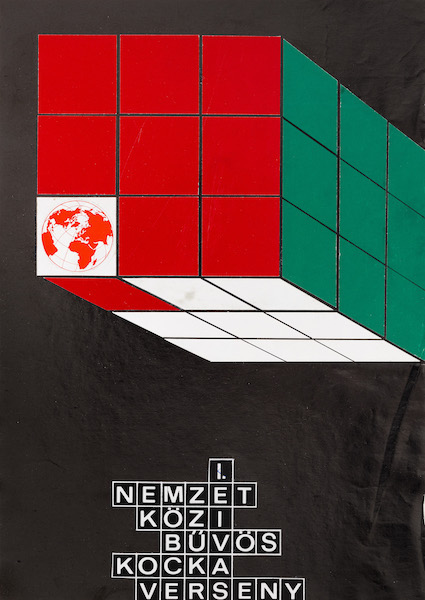 Poster advertising the I. International Rubik's Cube Competition. Rubik's Cube was first called the Magic Cube (Bűvös kocka) in Hungary. The first test batches of the Magic Cube were produced in late 1977 and released in Budapest toy shops. In September 1979, a deal was signed with Ideal to release the Magic Cube worldwide, and the puzzle made its international debut at the toy fairs of London, Paris, Nuremberg and New York in January and February 1980.