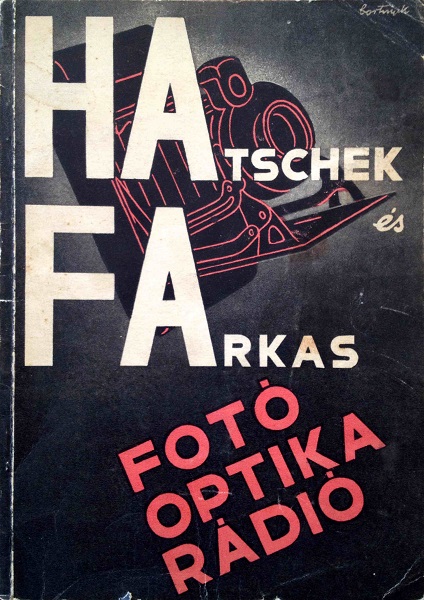 The cover of this ephemera is among the last pieces what Bortnyik created in a modernist style. The simple typography, the red and black colours, the diagonal composition are all typical elements of modernist style.

The ephemera is a catalogue of Hatschek and Farkas photography, optics and radio company. It contains the current price list of the devices related photography. Besides the prices, it gives description of each device and also illustration of them.  Size: 14,6 x 21 cm