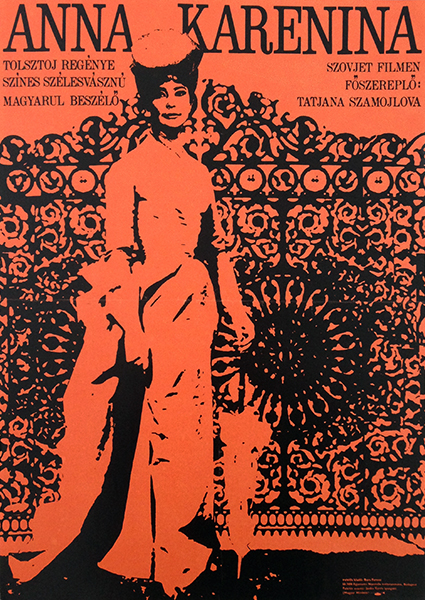 Poster for a Soviet film adaptation of Leo tolstoy's novel. Anna Karenina (Russian: Анна Каренина) is a 1967 Soviet drama film directed by Aleksandr Zarkhi, based on the novel of the same name by Leo Tolstoy. It was listed to compete at the 1968 Cannes Film Festival, but the festival was cancelled due to the events of May 1968 in France.

The contrast of the two colours, orange and black and the use of the technique of burnt photography makes this poster an elegant, beautiful piece.