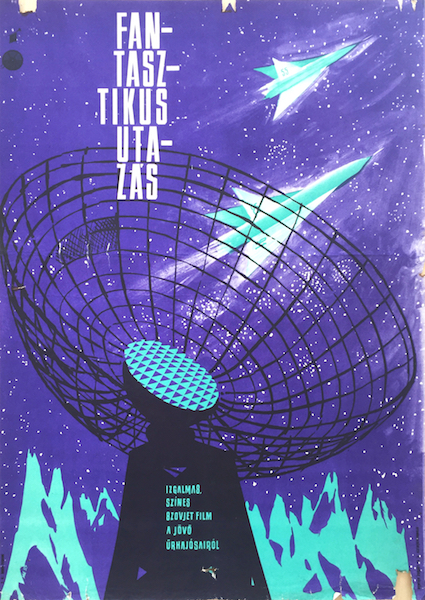 Battle Beyond the Sun

Very good, paper loss along the borders, some wear.

Battle Beyond the Sun is the English-dubbed and re-edited U.S. version of Nebo Zovyot, a 1959 Soviet science fiction film directed by Mikhail Karyukov and Aleksandr Kozyr. It tells of the "space race" of two future nations competing to become the first to land a spacecraft on the planet Mars. (source: wikipedia.org)