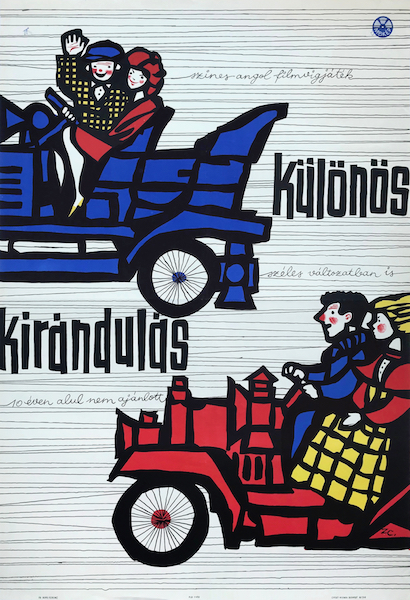 Genevieve is a 1953 British comedy film produced and directed by Henry Cornelius and written by William Rose. It stars John Gregson, Dinah Sheridan, Kenneth More and Kay Kendall as two couples comedically involved in a veteran automobile rally. The themes of the musical score were composed and performed by Larry Adler, and harmonised and orchestrated by composer Graham Whettam who wrote the orchestral scores incorporating Larry Adler's tunes. Dance numbers were added by Eric Rogers.

The comedic tone of Genevieve was established by the following disclaimer at the end of the opening credits:

For their patient co-operation the makers of this film express their thanks to the officers and members of the Veteran Car Club of Great Britain. Any resemblance between the deportment of our characters and any club members is emphatically denied—by the Club.

This was meant to underscore the fact that the actual event portrayed in the film is not a race.