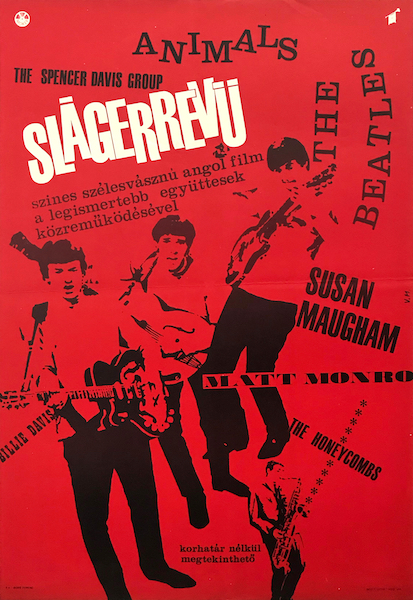 Pop Gear (U.S. title: Go Go Mania) is a British music revue film, directed by Frederic Goode, which was released in 1965. It contains live concert footage of the Beatles, and lip-synched films of some of the British Invasion bands, including the Animals, Herman's Hermits, the Nashville Teens, Peter and Gordon, Matt Monro, Billy J. Kramer and the Dakotas, the Honeycombs, the Rockin' Berries, and the Spencer Davis Group. Each segment is introduced by Jimmy Savile, who at the time was the host of Top of the Pops on the BBC. The material by the Beatles was lifted from a newsreel short The Beatles Come to Town (1963). The film was released sometime between January and April 1965, the footage having been filmed in December 1964.

Songs and artists in order:

"She Loves You" - The Beatles

"Make Him Mine" - Susan Maughan

"The House of the Rising Sun" - The Animals

"A Little Loving" - The Fourmost

"Have I the Right" - The Honeycombs

"A World Without Love" - Peter and Gordon

"I'm Into Something Good" - Herman's Hermits

"What In The World's Come Over You" - The Rockin' Berries

"Don't Let Me Be Misunderstood" - The Animals

"Twist And Shout" - The Beatles