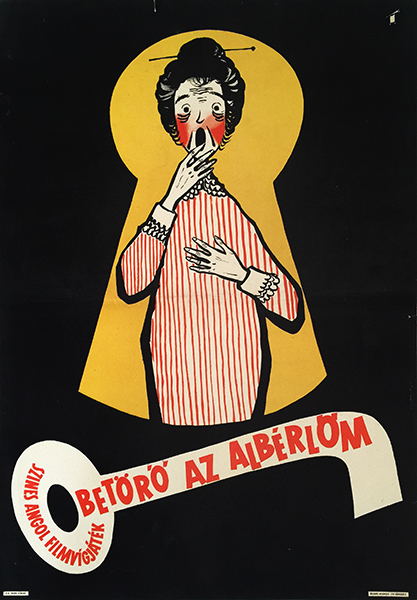 The Ladykillers is a 1955 British black comedy film made by Ealing Studios. Directed by Alexander Mackendrick, it stars Alec Guinness, Cecil Parker, Herbert Lom, Peter Sellers, Danny Green, Jack Warner and Katie Johnson as the old lady; Mrs. Wilberforce. American William Rose wrote the screenplay, for which he was nominated for an Academy Award for Writing Original Screenplay and won the BAFTA Award for Best British Screenplay. He claimed to have dreamt the entire film and merely had to remember the details when he awoke. The film holds a rare 100% rating on review aggregator website Rotten Tomatoes, based on 23 reviews. The British Film Institute ranked The Ladykillers the 13th greatest British film of all time. In 2017 a poll of 150 actors, directors, writers, producers and critics for Time Out magazine saw it ranked the 29th best British film ever. (source: wikipedia.org)