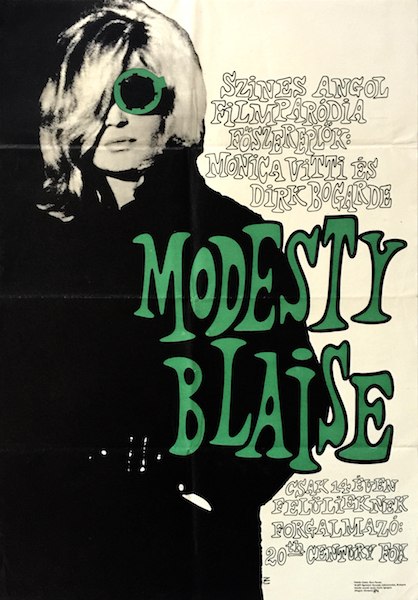 Modesty Blaise is a comedic spy-fi DeLuxe Color film produced in the United Kingdom and released worldwide in 1966. It was loosely based upon the popular comic strip Modesty Blaise by Peter O'Donnell, who wrote the original story and scenario upon which Evan Jones based his screenplay. The film was directed by Joseph Losey with music composed by Johnny Dankworth and the theme song, Modesty, sung by David and Jonathan. Modesty Blaise stars Italian actress Monica Vitti, Terence Stamp, Dirk Bogarde, Harry Andrews, Michael Craig and Clive Revill. It is Monica Vitti's first English-speaking role. (source: wikipedia.org)