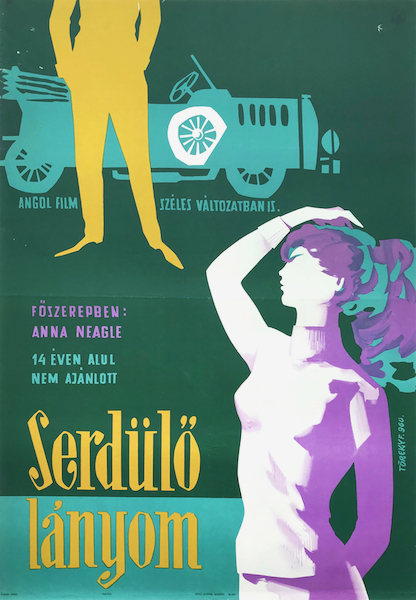 My Teenage Daughter is a 1960 vintage Hungarian movie poster designed by Ferenc Toreky.

My Teenage Daughter, later Teenage Bad Girl, is a 1956 British drama film directed by Herbert Wilcox and starring Anna Neagle, Sylvia Syms and Norman Wooland. The screenplay concerns a mother who tries to deal with her teenage daughter's descent into delinquency. It was intended as a British response to Rebel Without a Cause. It was the last commercially successful film made by Wilcox. (source: wikipedia.org)