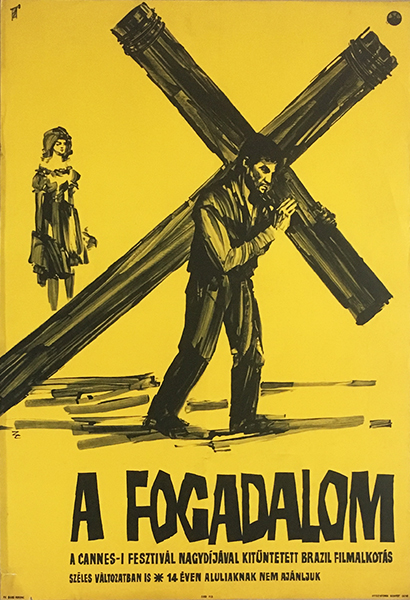 Very Good with sall tears along the borders

O Pagador de Promessas (Keeper of Promises) is a 1962 Brazilian drama film directed by Anselmo Duarte. Duarte adapted the screenplay himself from the famous stage play written by Dias Gomes. Shot in Salvador, Bahia, it stars Leonardo Villar. It won the Palme d'Or at the 1962 Cannes Film Festival, becoming the first (and to date the only) film by a Brazilian director to achieve that feat. A year later, it also became the first Brazilian and South American film nominated for the Academy Award for Best Foreign Language Film.

Poster of the Brazilian award-winning movie. It won the Grand Prix in Cannes.