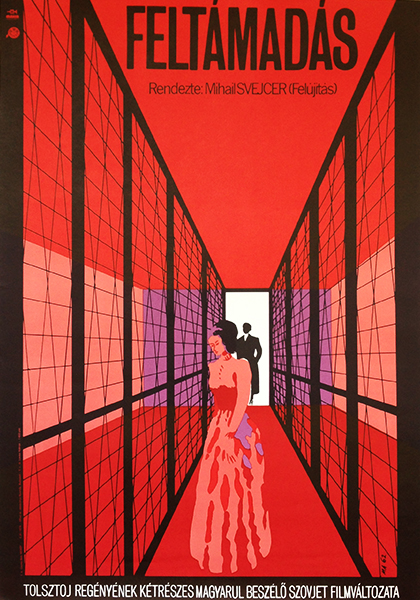 Fine, fold marks and a small paper loss on the top.

Poster for the remake of Mikhail Shvejtser's movie, Resurrection (original title: Voskreseniye). The story is based on Lev Tolsztoj's novel of the same name. Katusha, a country girl, is seduced and abandoned by Prince Nekludov. Nekludov finds himself, years later, on a jury trying the same Katusha for a crime he now realizes his actions drove her to. He follows her to imprisonment in Siberia, intent on redeeming her and himself as well. (source: imdb.com)

This is a re-release poster from 1981. The original with the same design by Andras Mate was made in 1962.