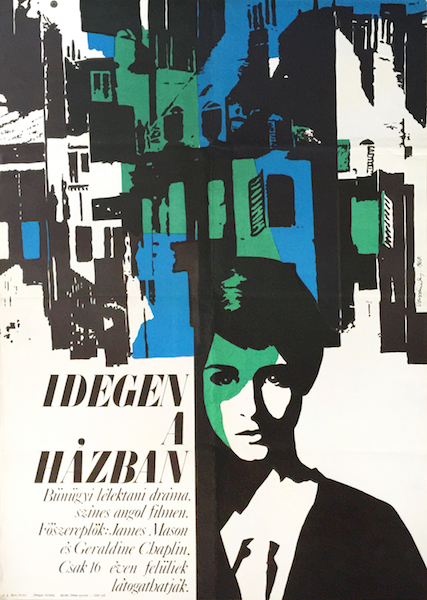 Stranger In The House

Stranger In The House (released as Cop-Out in the US) is a 1968 vintage Hungarian movie poster designed by Magda Vorosmarty.

Cop-Out or Stranger In The House is a 1967 crime drama directed and written by Pierre Rouve (from the novel by Georges Simenon), produced by Anatole de Grunwald, and starring James Mason, Geraldine Chaplin, and Bobby Darin. The movie is also known as Cop-Out and is a remake of the 1942 French film Strangers in the House (Les inconnus dans la maison). The film was remade in 1997. Eric Burdon & The Animals recorded the song "Ain't That So" for the film. The song was co-written by band member Vic Briggs and John Scott, composer of the film score, and was produced and arranged by Briggs.