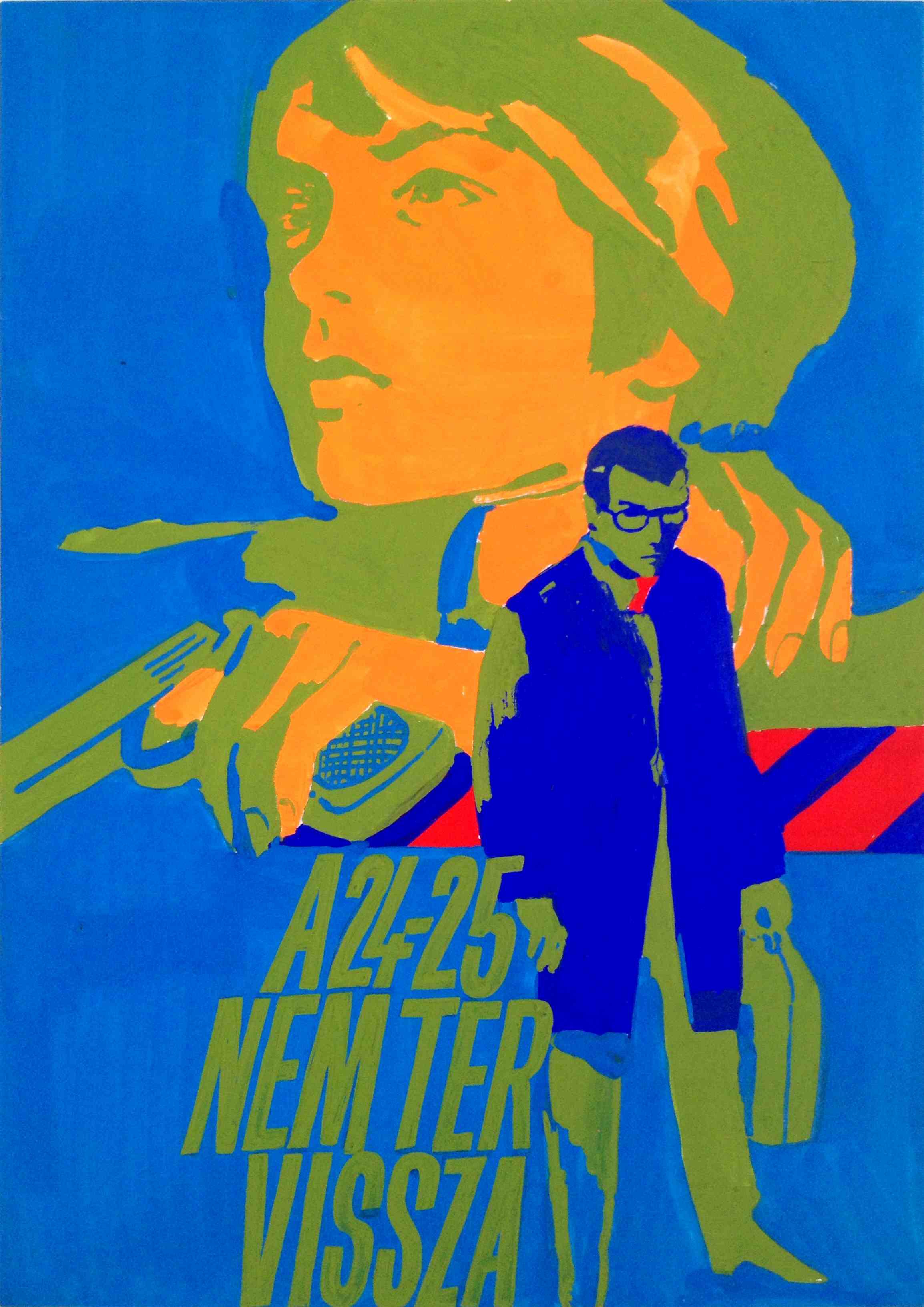 Cinema played an important role in spending free-time in the 1960s in Hungary. More and more movies were presented in the country from the second part of the 1950s, coming from the Western and Easter part of the world alike. These Western movies let the audience of the Eastern regions take a view a bit outside the Iron Curtain and get to know every-day characters of stories created within different cultural circumstances. This tendency was even more intensive in the 1960s, but the art movies of prominent directors could appear then in the same proportion as the entertaining movies appearing predominently previously. Beside the Wester-European movies, Hungarian movies also dealth with moral issues and current problems from several aspects then.

Movie posters also played a significant role in Hungarian poster art during this period as brilliant pieces were created by outstanding graphic artists, such as the poster of the movie ‘La Dolce Vita’ by Frederico Fellini, designed by András Máté in 1962, the poster of ‘Knife in the Water’ by Roman Polansky, created by Lajos Görög in 1962, the poster of ‘A Question of Honour’ by Árpád Darvas (1967), or the 1967 poster of ‘Harlekin and her Lover’ by József Finta, just to mention some characteristic examples. The amazing movie posters of the period reflected the international tendencies as artists didn’t only have superior technical skills, but they also had the possibility to know wider theoretical background of them than previously, so they could experiment with the solutions of current Western trends, furthermore the state censorship was quite permissive in case of posters. These could make it happen that Pop art, Op art, Neo Art Nouveau, and a wide range of drawing, painting, photographic, typographic and montage techniques could represent itself on the posters.

Antal Gunda started his career as a graphic designer in the 1950s, and he belonged to those artists in the 1960s who could continually renew their artistic approaches. He often created theatre and movie posters, mostly in his own graphical style, painted with watercolour, or using a montage made of torn or cut pieces of paper. His poster artwork for the Soviet movie ‘The 24-25 won’t return’ is a good example of the way he applied the colour scale of Pop art in the expressive compositions of movie posters. In this colourful, bombastic composition the vivid orange, red and blue contribute to a spectacularly vibrant image in which the olive green provides a transition among the colours. The figures depicted in different scales produce an effective highlight, the leaving of contours and the strong contrast makes the vivid-coloured figures abstracted, fabular and mythical, besides it ensures a decorative expressiveness to the poster artwork.

Instead of Gunda’s poster artwork, another one was accepted, so the Hungarian poster of the movie became a portrayal based on black and white, created by an unknown artist.

The strong contrast appears again, but now it’s applied with the use of overexposed photo. Along with the differences of colours and ways of portrayal it is also distinctive compared to the poster artwork by Gunda, that the composition here is simpler, the typography is more highlighted, and now only the woman character is visible, and she is depicted to be more passive.

On Gunda’s poster artwork the woman figure is alert, quick to act, she can be seen with a gun in the hand, which is opposite of the man’s passiveness.

Although the final movie poster uses different artistic solutions than Gunda’s artwork, both of them fit in the range of movie posters of the 1960s. The poster artwork of Gunda, however, is a more expressive, bombastic example of the movie poster art of the period without doubt.