Antal Gunda started his career in the 1950’s as a graphic artist; and he was also an influential teacher.

He was studying at the University of Fine Arts under the professor of graphic design at the time, György Konecsni, who was a seminal figure in the field. As he finished his education he started his career as a graphic designer. He designed numerous movie posters. He had a very refined, decorative style and he was a highly skilled and talented painter. He worked on poster-, emblem-, stamp- and exhibition designs in the 1960’s.

Between 1970-89 he gave lectures at the Shool for Fine and Applied Art in Budapest. He was teaching graphic design, and he influenced countless arists of the new generations. While he was active as teacher, he created only few posters, most of them were published for exhibitions, fairs and cultural events, such as the annual architectural exhibition (We built it in...).

Gunda preferred an elegant painting and drawing style, which is sometimes combined with the intensive color scale of pop art. His favourite colour combination was the use of different shades of blue and green together. He used his outstanding gift as a painter and great sense of colour to create poster art with a strong atmosphere or ambience.

His movie posters show an expressive style, often using tempera paint or collage technique. He used to paint or draw the major lines of the composition with intensive gestures or create huge blocks of colours. He also often used roughly torn paper pieces in order to create an expressive collage composition. He also often worked for theaters, these pieces by him are similar to his movie posters in their manner. His works are instantly identifiable. 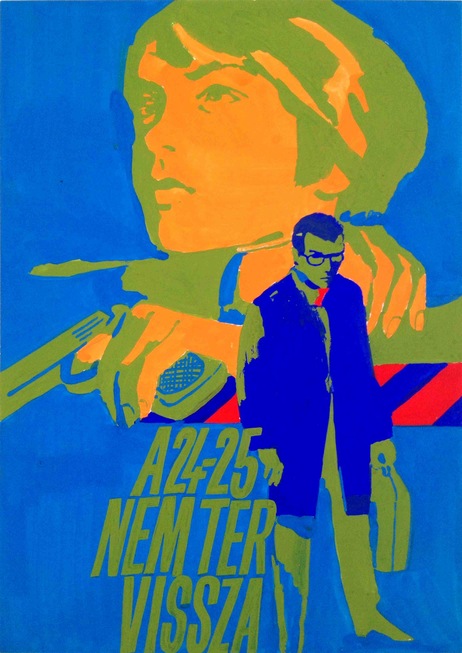