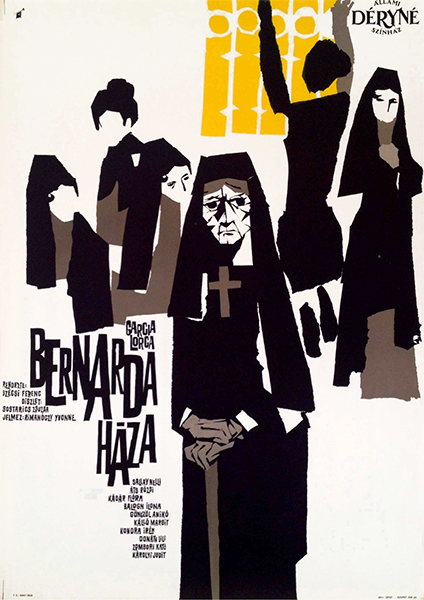 The House of Bernarda Alba (Spanish: La casa de Bernarda Alba) is a play by the Spanish dramatist Federico García Lorca. Commentators have often grouped it with Blood Wedding and Yerma as a "rural trilogy". Lorca did not include it in his plan for a "trilogy of the Spanish earth" (which remained unfinished at the time of his murder).

Lorca described the play in its subtitle as a drama of women in the villages of Spain. The House of Bernarda Alba was Lorca's last play, completed on 19 June 1936, two months before Lorca's death during the Spanish Civil War. The play was first performed in 1945.

The play centers on the events of a house in Andalusia during a period of mourning, in which Bernarda Alba (aged 60) wields total control over her five daughters Angustias (39 years old), Magdalena (30), Amelia (27), Martirio, (24), and Adela (20). The housekeeper (La Poncia) and Bernarda's elderly mother (María Josefa) also live there. The deliberate exclusion of any male character from the action helps build up the high level of sexual tension that is present throughout the play. Pepe "el Romano", the love interest of Bernarda's daughters and suitor of Angustias, never appears on stage. The play explores themes of repression, passion, and conformity, and inspects the effects of men upon women. (source: wikipedia.org)