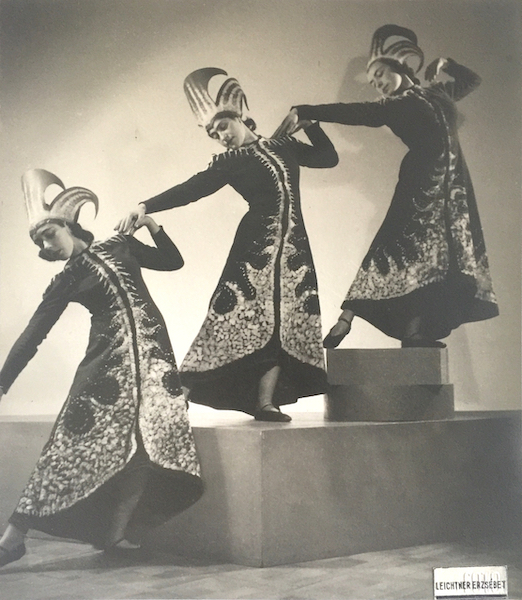 Olga Szentpal (1895–1968) was a Hungarian pioneer of modern dance, choreographer, teacher and theoretician of dance. After her studies at the Hungarian Academy of Music she gained her diploma at Émile Jacque-Dalcroze’s (the founder of eurhythmics) school in Hellerau. She became involved into the modernist art scene through her husband Marius Rabinovszky (1895–1953; Hungarian art historian, art critic), and into modernist theatre as a teacher of Academy of Drama and Film in Budapest. She opened her own school in 1919 and established the Szentpal Dance Group in 1926.