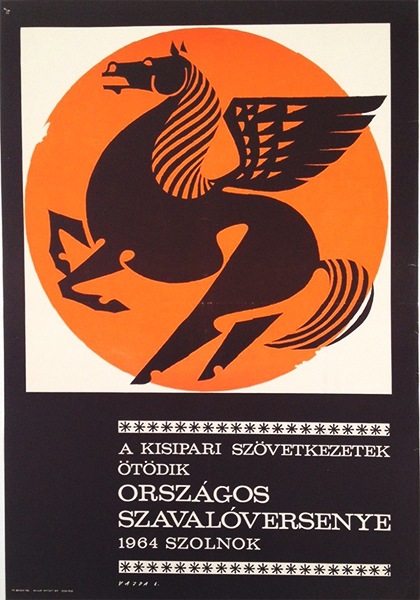 Fine, tears along the border, one horizontal fold mark.

Poster for the Fifth National Poem Recital Contest of the Small-scale Production Cooperatives. The Contest took place in Szolnok, 1964.

The design displays a Pegasus, the stallion with wings, which is an Ancient-Greek mythological figure which used to provide the poets with inspiration thus it became the symbol of poetry. Lajos Vajda mad a change to the classic depiction of the  Pegasus: instead of drawing him in white, he designed a brown one and placed it in front of an orange background. The figure of the creature is very modern, it constructed of geometric shapes.