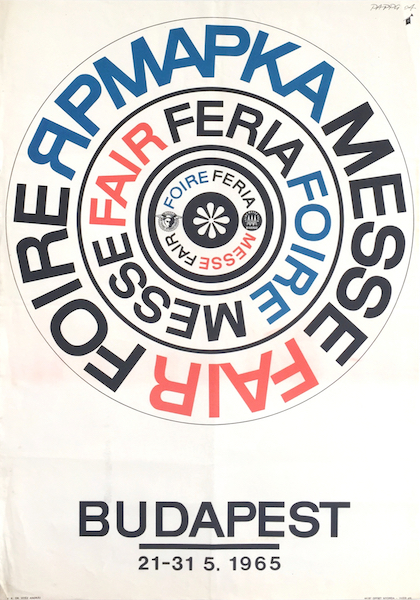 Typographical poster for the Budapest Fair (BNV) in 1965. The poster repeats the word fair in different languages: French, Spanish, German, Russian and English. Gábor Papp as the official designer of the Budapest International Fair’s posters, had to surprise his audience every year with a new poster and a new idea – meanwhile he had to give a constant and recognisable profile for the event.