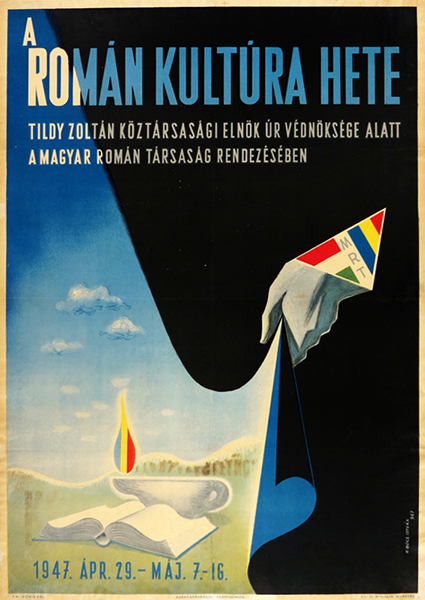 The diplomatic relationship between Romania and Hungary had been hectic ever since the Treaty of Trianon in 1920. Hungary lost almost 70% of its territories and the majority became part of Romania. Due to legal acts in Romania the Hungarian ethinicity was oppressed, their culturaly identity was kept under by restrictions regarding language use, religious organizations, education, etc. In 1940, as a result of the Second Vienna Award the Northern part of Transylvania was reannexed to Hungary, and 1 344 000 Hungarians were officaily on their homeland again (alongside over a million Romanians and around 50 000 Germans), while approximately 400 000 Hungarians remained in Romania. The patriotic spirit fuelled by the war made the life of the etnicities harder, hence Hungarians in Romania suffered from severe suppression and vica versa. In World War II. the Red Army accessed Northern Transylvania in 1944, August and soon they occupied South Transylvania that still belonged to Romania. As a result Romania declared war on Hungary and soon they occupied North Transylvania. Following, even stricter regulations restricted the lives of Hungarians, their lands and wealth was also confiscated.

The diplomatic relationship between Hungary and Romania was restored in February, 1947 as a result of the Paris Peace Trieties.

This poster from 1947 promotes an event, the Week of Romanian Culture event. It tells that the event's patron was Tildy and it was organized by the Romanian Society. Zoltán Tildy was a very influential political leader in the Socialist Hungary who was Prime Minister between 1945 and 1946 and Minister between 1946 and 1948.

The delicate design of the event's poster is symbolic. A hand is pulling a curtain to the side what reveals a peceful landscape. The cuff has the Romanian and Hungarian flags on it a sign of the shared intention of the two nations to maintain a peaceful relationship from that time on. The dark black curtain is a symbol of the dark past, and what's behind is the image of the blossiming future. The blue sky above the meadow draws up a peaceful atmosphere, as well as the flame displaying the colours of the Romanian flag. The open book refers to the cultural event.

The artist used light transition between the colurs of the background which is in contrast with the strong black and strict contours of the foreground. The contrast is a reference to the difference between the past and the anticipated future.