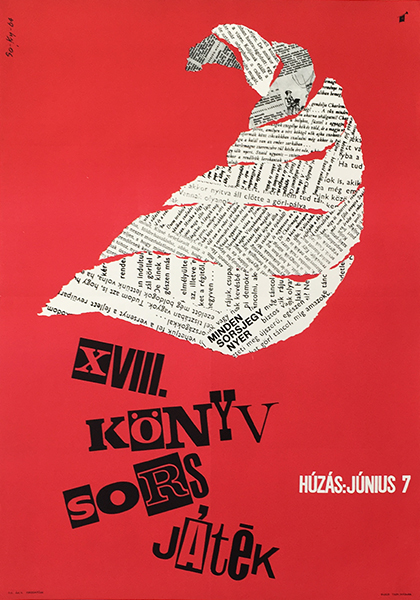 Eye-catching design for the 18th book raffle by the sought after artist couple, So-Ky. The composition is characterized by the strong contrast between the red background and the paper-cut out elements. The latter ones look like random parts torn out from newspaper which they actually are, except from the text saying 'every ticket wins', what is incorporated in the newspaper texts. The typography is playful just like on many works of the designers.