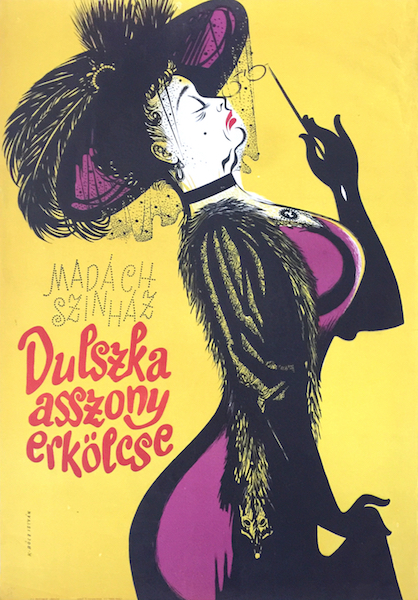 The Morality of Mrs. Dulska

The Morality of Mrs. Dulska (Polish: Moralność pani Dulskiej) is a play by Gabriela Zapolska that debuted in Kraków in 1906. Hailed as a key work in early modern Polish drama, Zapolska's play tackles issues of social justice, socialism, morality, conscience, and the performative duality of social identity.

It has inspired many film adaptations and has appeared on stage in many forms, even as a musical comedy. Mrs. Dulska’s view that "a secure living is the base of life... And as for a husband, you can train him" perfectly encapsulates the elements of bourgeois realism employed by Zapolska to bitingly skewer the inadequacy and hypocrisy of bourgeois life.