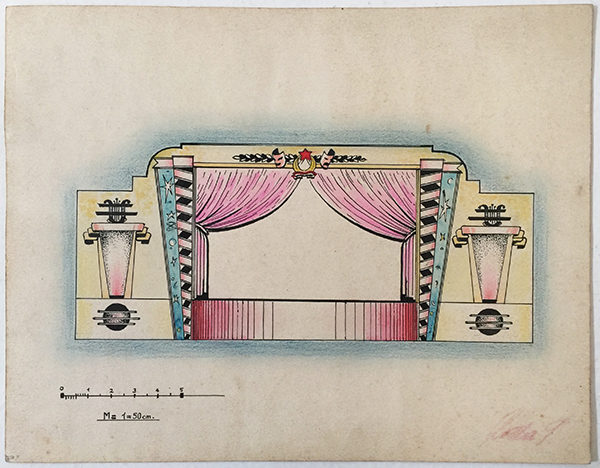 Stage set design by István Rottler. Aquarell on paper. The maquette tells a lot about the communist era's cultural politics; in the middle, on the top of the stage the Rákosi coat of arms can be seen with socialist elements, with a layout made after the Soviet Union's coat of arms. This style of coat of arms was used between 1949 and 1956.

This maquette was realized. The final result can be seen on the photo.