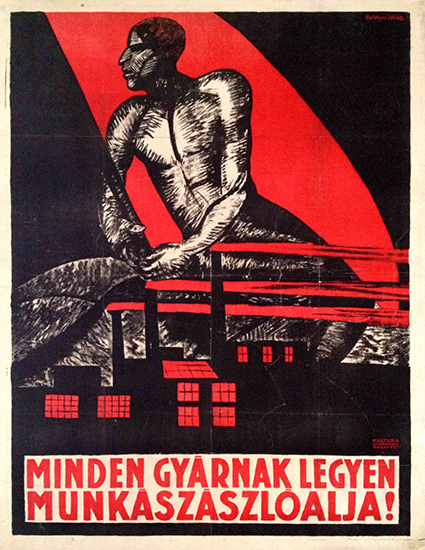 Every factory should have a workers' battalion!

Outstanding Avant-garde propaganda poster from 1919, by Jolan Szilagyi, who was the wife of Tibor Szamuely, the leader of the infamous Lenin boys, the red terror squad in 1919 in the time of the Hungarian Soviet Republic.