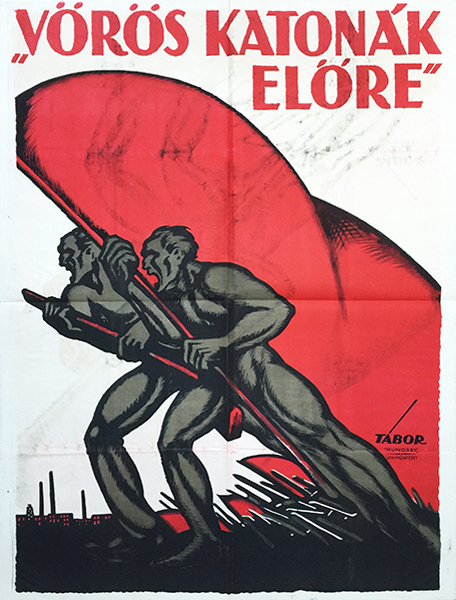 "Red Soldiers Advance" is one of the iconinc posters of the short-lived Hungarian Soviet Republic from 1919, designed by Janos Tabor an important posterist of the first half of the 20th century. This short lived entity was the second communist state after Soviet Russia, and the propaganda posters that were produced by Hungarian artists during this short period are in many ways unmatched Avant-garde masterpieces, which were way ahead of their time.