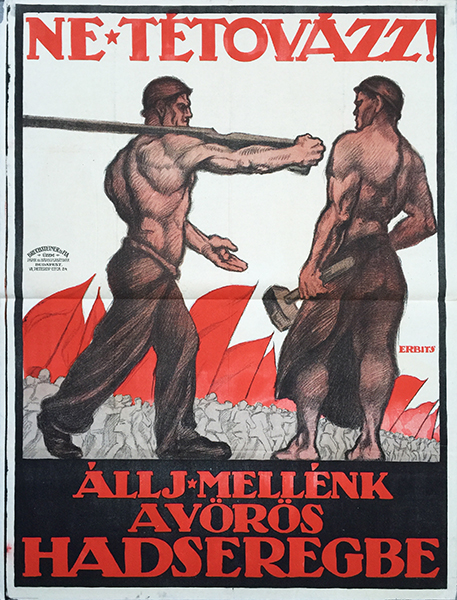 Jeno Erbits (1893 - 1968) was a graphic designer, active in the 1910’s. His poster style is defined by the Art Noveau and some of his works show the influence of Plakatstil.

In 1919, he designed an important propaganda poster for the Hungarian Soviet Republic, Ne tétovázz! Állj mellénk a Vörös Hadseregbe (Don’t hesitate! Join us in the Red Army).

After the fall of the Hungarian Soviet Republic, Erbits left Hungary and studied art in Paris, France. A year later he emigrated to the United States, where he had a long and successful career as a graphic artist as Julius Erbit.