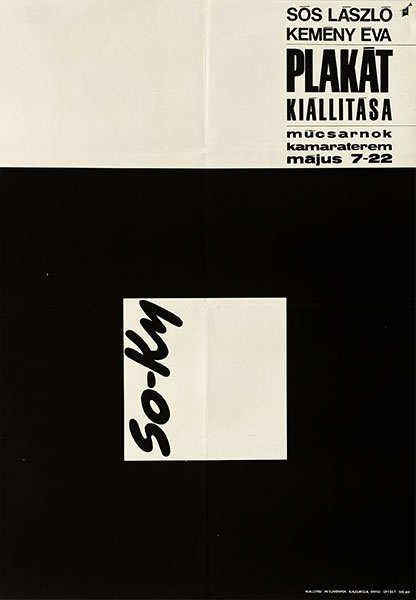 Poster Exhibition of So-Ky at Kunsthalle

An artist couple who have been working together since the beginning of the 1950’s, they were highly effective and convinced propagandists for the socialist system. In addition to political posters, they worked in every field of visual communication.