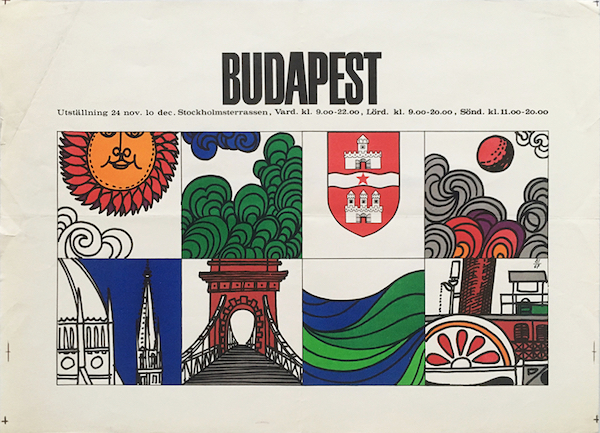 Fine. Vertical fold mark, light creasing and a small tear along the border.

Nepszava, a local newspaper published the following article about the exhibition in 1967: "An exhibition about the history, development and modern life of Budapest has opened today in the biggest exhibition space in Stockholm. The exhibition was opened by Carl Albert Andersson, the lord major of Stockholm and Hjalmar Mehr town councillor from Sweden and Istvan Komuves, the deputy head of the executive committee's of the Metropolitan council in Hungary. The council of Stockholm gave a festive speech in honour of the Hungarian delegate."