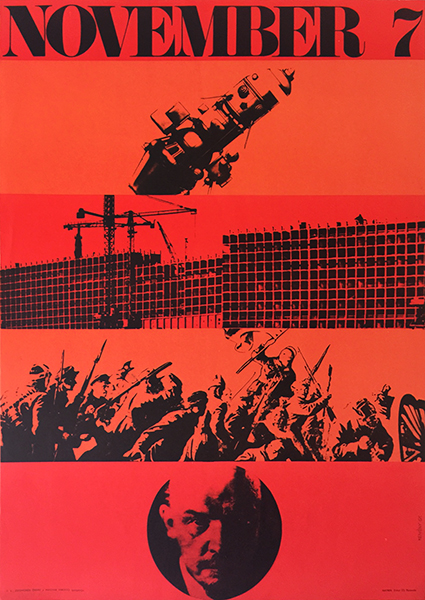 November 7 was the official holiday when socialist countries celebrated the Russian revolution. The Russian Revolution was a pair of revolutions in Russia in 1917, which dismantled the Tsarist autocracy and led to the eventual rise of the Soviet Union. The Russian Empire collapsed with the abdication of Emperor Nicholas II, and the old regime was replaced by a provisional government during the first revolution of February 1917. In the second revolution that October, the Provisional Government was removed and replaced with a communist state.

On 7 November 1917, Bolshevik leader Vladimir Lenin led his leftist revolutionaries in a revolt against the ineffective Provisional Government. The October revolution ended the phase of the revolution instigated in February, replacing Russia's short-lived provisional parliamentary government with government by soviets, local councils elected by bodies of workers and peasants. Liberal and monarchist forces, loosely organized into the White Army, immediately went to war against the Bolsheviks' Red Army, in a series of battles that would become known as the Russian Civil War. (source: www.wikipedia.org)

The red colour of the poster evokes strong feelings as well as the battle scene and the other visual elements of the composition. Lenin's photo appears on the bottom.