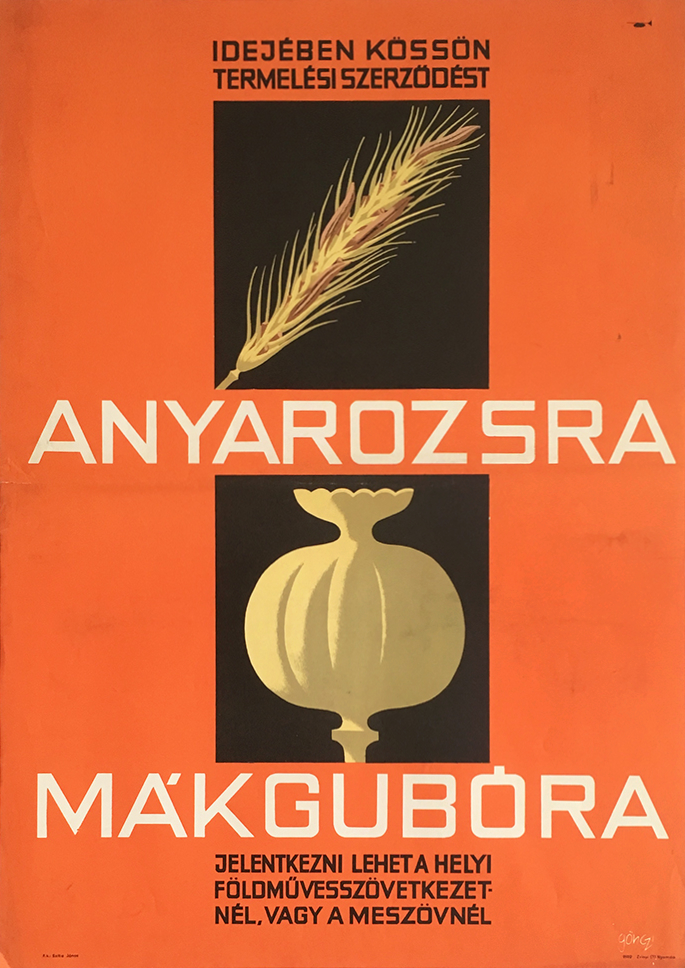 Sign a production contract in time for ergot and poppy seedpod

Posters of this kind implied that contracting was voluntary, but in reality it was obligatory. The workers had to hand in the harvest in exchange for a small compensation.

Ergot and poppy-heads are poisonous in larger amount, however can be used for medical treatment in smaller amounts. According to recent researches the vast witch trials in the Middle ages can be the result of unintentional ergot consumption. The hallucinations and psychotic reactions described in written sources about the way 'witches behaved' are typically caused by ergot. Most probably these people ate bread made of flour containing this fungi. However, in the 20th century, ergot's medical assets were discovered, hence it was important to produce them, but only under supervision.