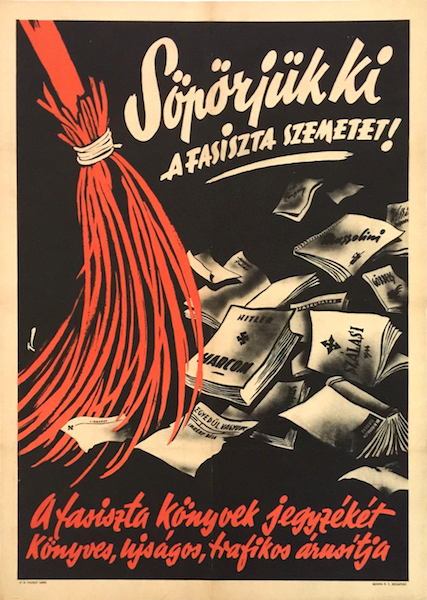 Let's sweep the fascist garbage out!

A very interesting and rare propaganda poster from 1945. After the WW2, the new Hungarian government banned all extreme right reading material and propaganda (books mostly), and this fascinating poster documents that event. They published a catalog of banned literature, and attempted to destroy all literature spreading the ideology of the extreme right.

The designer of this poster decided to visually recreate the verbal message of the piece, hence depicted a broom letarally sweeping out the fascist propaganda. Among leaflets and books of which the title is not visible, there are three pieces with names clearly visible: Szálasi, Hitler and Mussolini, the Hungarian, German and Italian extreme rightist leaders.