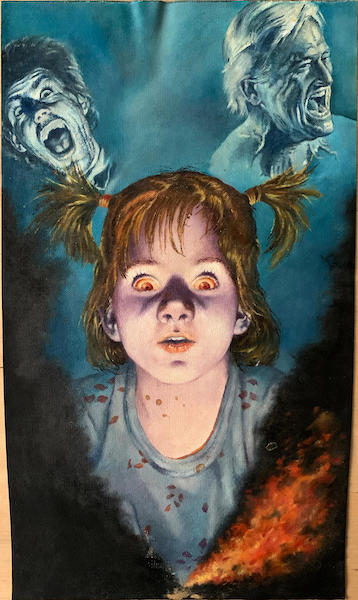 Stephen King: Firestarter is a 1990 vintage Hungarian book cover artwork, which was used as the design of the Hungarian edition of the novel. This original hand painted artwork is from the estate of the artist.

Firestarter is a science fiction-horror thriller novel by Stephen King, first published in September 1980. In July and August 1980, two excerpts from the novel were published in Omni. In 1981, Firestarter was nominated as Best Novel for the British Fantasy Award, Locus Poll Award, and Balrog Award. In 1984, it was adapted into a film.