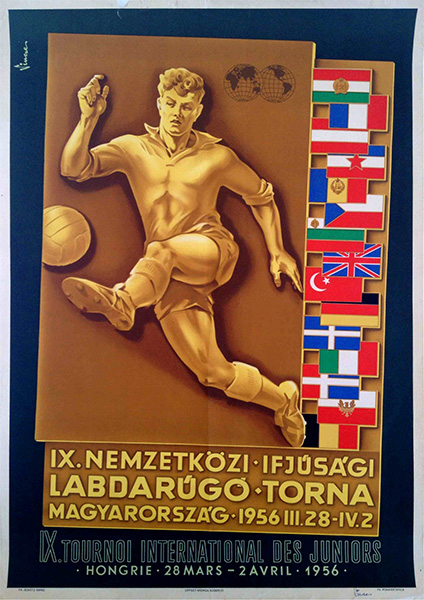 Monumental poster from 1956 which was created for the 9th International Youth Football Championship. The tournament was organized in Hungary, from the 28th of March until the 2nd of April.
The central element is a young male figure, kicking a football vigorously, portrayed like a bronze medal. The right side of the design represents internationality with a row of flags. The title can be seen beneath in Hungarian, but the poster also has a French subtitle.

The design was created by Dénes Vincze who created many great sport posters in the 1950s and the 1960s. This piece is also signed by him in the lower right corner.