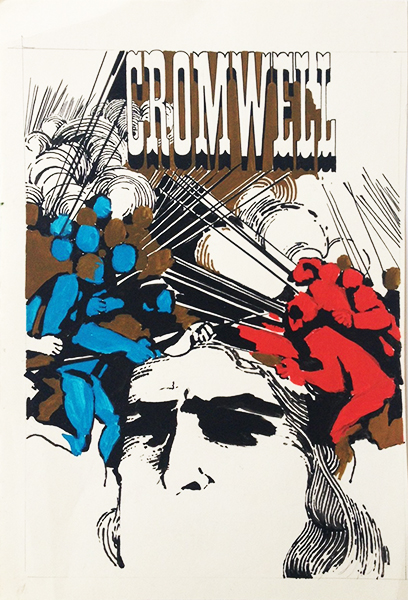 „Cromwell is a British 1970 historical drama film, based on the life of Oliver Cromwell who led the Parliamentary forces during the English Civil War and, as Lord Protector, ruled Great Britain and Ireland in the 1650s. It features an ensemble cast, led by Richard Harris as Cromwell and Alec Guinness as King Charles I, with Robert Morley as Edward Montagu, 2nd Earl of Manchester and Timothy Dalton as Prince Rupert of the Rhine.

The film received 2 Oscar nominations during the 43rd Academy Awards held in 1971, winning 1 for Best Costume Design by Vittorio Nino Novarese, nevertheless losing another for Best Original Score, composed by Frank Cordell. It was also nominated for a British Academy of Film and Television Award (BAFTA) in Costume Design and a Golden Globe for Best Original Score. At the 7th Moscow International Film Festival in 1971 it won the award for Best Actor (Richard Harris), and was nominated for the Golden Prize as Best Picture (Ken Hughes).”
(source: en.Wikipedia.org)

This beautiful poster artwork was created for the movie by Antal Gunda, a fine Hungarian graphic designer. The artist has another poster artwork for the movie in our collection. This piece is a really good example of his refined, decorative style.
The face of the main character can be seen in the foreground in the expressive contrast of black and white which makes his eyes be in shade. Behind him two groups of people are clashing. The opposition is represented by colours and directions: the blue group is on the left and the red group is on the right side of the image. The brown colour functions as a transition in the composition. The figures hold weapons in the arms which appear as decorative lines in the picture. There are drifts of dust behind them creating an expressive pattern. The title of the movie appears above, evoking the atmosphere of Western movies. The composition as a whole is an interesting mixture of decorative painted and drawn elements in an expressive portrayal and elegant drawing style.