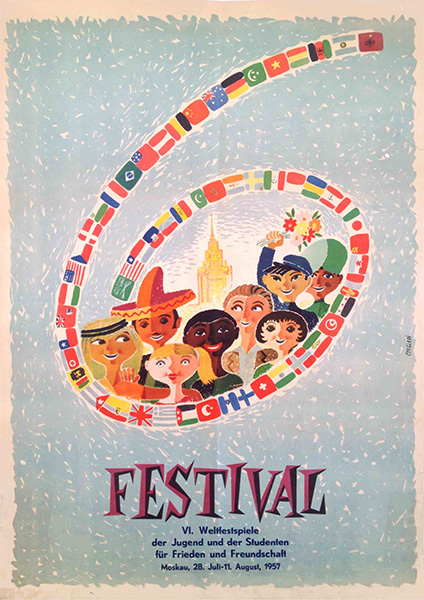 Lovely poster by István Czeglédi, from the Socialist Realist period. It displays the flags of the participating nations which are arranged in the shape of a number '6' and a colorful crowd of children from different countires in outfits typical of their culture.

The poster advertised the world sport championship or Olympiad for children and students. This is the German advertisment for the event but the designer is Hungarian.

The slogan "for Peace and Friendship" was very typical of the socialist campaigns. During the Cold War period, the socialist countries called themselves "the defenders of peace" whereas they considered the West the agressive world which supports war thus making the contrast between the 'good' East and the 'evil' West even bigger.