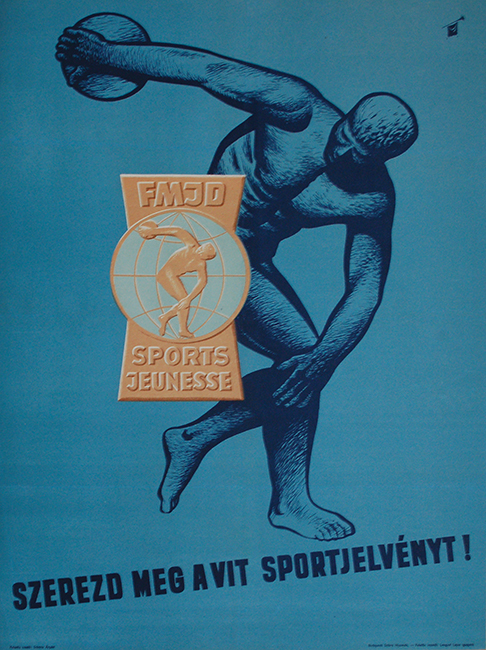 Get the sport medal of VIT

The World Festival of Youth and Students is an international event, organized by the World Federation of Democratic Youth (WFDY), a left-wing youth organization, jointly with the International Union of Students since 1947. During the Cold War many festivals were held in capitals of Socialist countries because of the enormous expenditure and coordination required to support a youth festival. As a result, by the 1960s the festivals were accused by the US State Department of being a tool of Communist propaganda. (source:wikipedia.org)

The poster shows a discus thrower which is a drawn image of the famous Greek sculpture the Discobolus. Many sport events use and used tghis image as their emblem because it expresses the very deep and complex  traditions of athletics. The text at the bottom says: Get the VIT sport badge. There is a picture of the badge itself which has the same discus thrower standing in front of the globe to express the international nature of the festival.

The composition is very clear and decorative from the end of the 1950s.