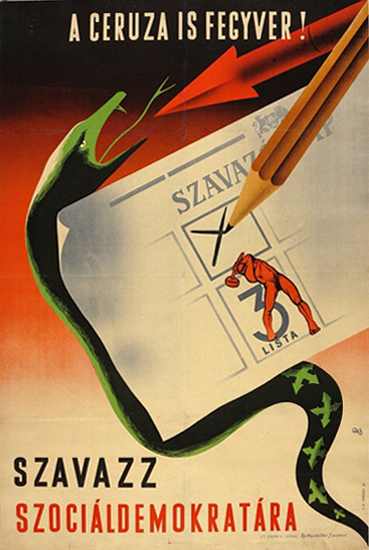 The Pencil is also a Weapon! Vote for the Social Democrats!

Outstanding propaganda poster, published for the 1947 elections. The poster advertised the Social Democratic Party, whose symbol was the red-hammer-wielding man (by Biró), which appears on the voting sheet. The composition suggests that a single vote can be as effective as a weapon, and defeat the Hungarian nazis (their symbol, the arrow cross, appears on the snake).

The poster was created during one of the most flourishing periods of political poster art (1945-1948).