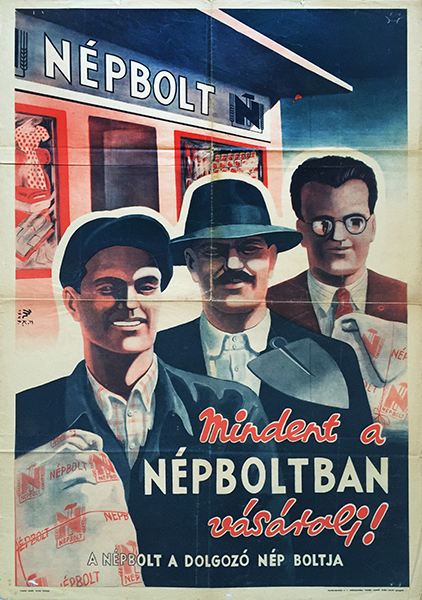 Buy everything at the People's Store!

The poster is rare piece from the very beginning of the 40 years of socialist regime in Hungary. Following World War II, it took four years for the Communist Party to take over and gain total power. When their reign begun, they reorganization of the economy and the nationalizations were the first steps to be done. This poster is a testimony of the inception of a new era, where the working class was regarded as the base for well-being and a proper society. Obviously, the ideology centred around the workers was suitable for an strong and demagogue propaganda.

This poster claims that everything is available in the People's store, and to support the claim, strong and happy workers are depicted holding bags full of goods they have just purchased.