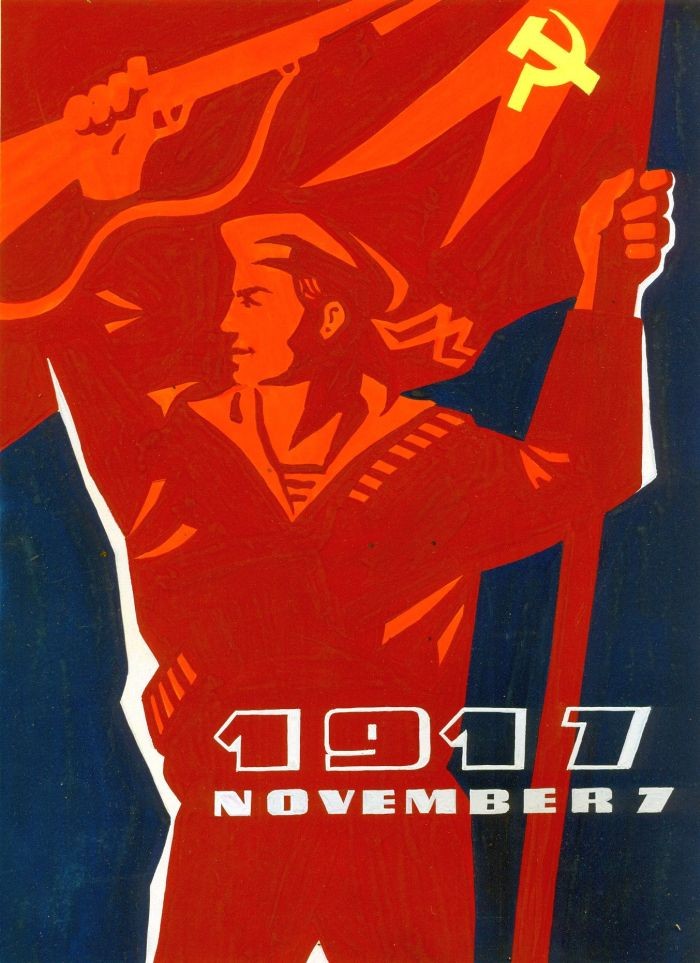 Colourful, painted poster artwork from the end of the 1950s, created by Bertalan Altmann, to remember the October Revolution of Russia in 1917.

This poster artwork is an interesting and concentrated design, depicting a typical character of socialist iconography, a working-class man. In front of a blue background he is captured in dark red and strident orange, holding a gun and a flag with sickle and hammer, the symbol of the ruling political system of the era. The working-class man looks powerful and determined, as he is looking back probably from the front of the crowd of a procession. He absolutely appears as the hero of the Socialism. The strong contrast pictured on the figure of the two warm colurs makes the image a bit more expressive and modern design, and the use of few colours and elements also contributes to a concentrated composition.

Although this work was created as a cultural poster artwork, the propagandistic character is obvious. Still it is a more colourful and decorative design than the typical socialist realist propaganda posters of the earlier years.