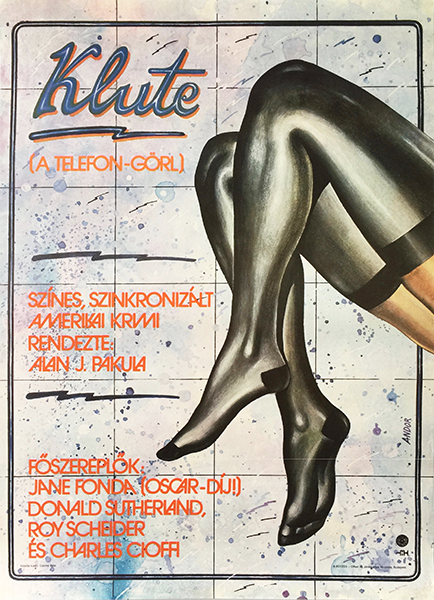 Klute is a 1971 American neo-noir crime-thriller film directed and produced by Alan J. Pakula, written by Andy and Dave Lewis, and starring Jane Fonda, Donald Sutherland, Charles Cioffi, and Roy Scheider. It tells the story of a high-priced prostitute who assists a detective in solving a missing person case. Klute is the first installment of what informally came to be known as Pakula's "paranoia trilogy". The other two films in the trilogy are The Parallax View (1974) and All the President's Men (1976). The film includes a cameo appearance by Warhol superstars actress Candy Darling, and another by All in the Family costar Jean Stapleton. The music was composed by Michael Small. Jane Fonda won the Academy Award for Best Actress for her role in the film. (source: wikipedia.org)