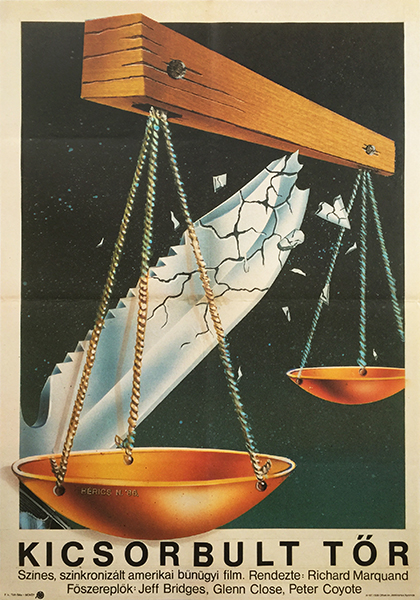 Jagged Edge is a 1985 American film starring Glenn Close, Jeff Bridges, and Peter Coyote. It is a courtroom thriller, written by Joe Eszterhas and directed by Richard Marquand. Robert Loggia was nominated for an Academy Award for Best Supporting Actor for his role. (source: wikipedia.org)

San Francisco heiress Page Forrester is brutally murdered in her remote beach house. Her husband Jack is devastated by the crime but soon finds himself accused of her murder. He hires lawyer Teddy Barnes to defend him, despite the fact she hasn't handled a criminal case for many years. There's a certain chemistry between them and Teddy soon finds herself defending the man she loves. (source: imdb.com)