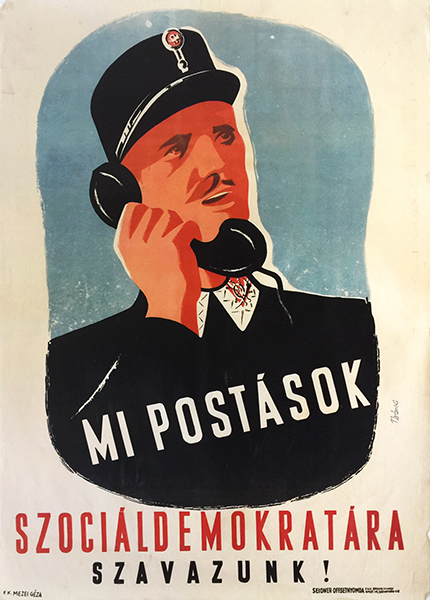 Fine, light wear and small tears along the borders.

The Hungarian parliamentary elections of 1947, which later were refferred to as the infamous "blue-ballot" elections, were held on 31 August 1947.

However, the 1947 election was a step into the direction of the dictatory. It was the first election when the Hungarian Communist Party managed to get the majority of the votes, but not the absolute majority (despite they cheated). Yet,  their tactics to eliminate their strongest opponent, the Smallholders' Party, proved to be successful. It was in the next election when the Hungarian Worker's Party could get absolute power - only with an election fraud - they also managed to incorporate the Social Democratic Party.  The tactics of the Communist Party is referred to as 'salami tactics', meaning that they sliced up the enemy step by step. In 1949 a new, dictatorial era begun.