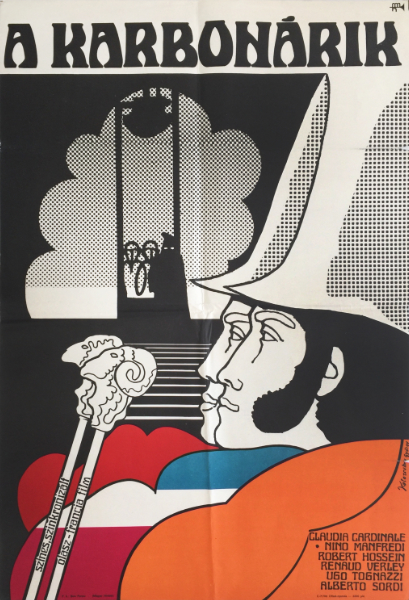 Nell'anno del Signore (English title: The Conspirators) is a 1969 Italian film written and directed by Luigi Magni. It is based on the actual story of the capital execution of two Carbonari in papal Rome. Rome, 1825. Cornacchia, a shoemaker, finds out that prince Filippo Spada, a Carbonari associate, is going to reveal the organization's plans for an uprising to the Pontifical Guard's commander, Colonel Nardoni. He then goes off to warn his friend Leonida Montanari, a doctor and head of the conspirators, who decides to take out the informer. He and Angelo Targhini, a newcomer from the Duchy of Modena, attempt to murder Spada but ultimately fail to deliver the final blow. Spada manages to survive the attack and report his assailants to the police, having them both arrested and subsequently, after a summary judgement, sentenced to death by Cardinal Rivarola.

Meanwhile Giuditta, Cornacchia's Jewish workshop assistant, who was previously in love with Montanari, has started to develop feelings for Targhini after first meeting him, unaware of Cornacchia's feelings towards her. While the two Carbonari are imprisoned in Castel Sant'Angelo, an idealist friar is sent to convince them to repent from their sins, stating that they cannot be executed until.their souls are considered saved. They try to take advantage of this by delaying the execution for as long as possible. One day, after Giuditta accuses him of cowardice, Cornacchia reveals to her that he is actually Pasquino, the mysterious author of satirical poems against the Pope and the government.

Out of his love for Giuditta, he decides to make a deal with Rivarola: he would reveal Pasquino's identity in exchange for the conspirators' lives. Rivarola, who already suspects him, pretends to agree and gives him a note, telling him to personally deliver it to Nardoni at Castel Sant'Angelo to have the prisoners released. The note actually says to arrest him at once, but if Cornacchia were to protest, he would give away that he can actually read, thus confirming Rivarola's suspicions. The shoemaker, with his disciple Bellachioma, writes a poem in which he asks to hurry the execution of the two Carbonari, explaining to his pupil that only their deaths may lead the people to consciousness. Then, after appointing Bellachioma as the new Pasquino, he joins a convent to escape Rivarola's persecution. In the meantime, people from the streets assault Castel Sant'Angelo, leading Montanari to believe that they are gonna revolt and set them free, but he soon learns that even his fellow citizens want them dead.

The friar meets with Rivarola and asks him to delay the execution, believing that every soul must be saved, but the cardinal just shrugs him off. Eventually, the execution day comes and, just as the condemned are about step towards the guillotine, the friar shows up and desperately implores them to repent, but they politely refuse. Refusing to give up, the friar says he's going to absolve them anyway, at the cost of having to deal with God himself, but Rivarola's men stop him from doing so. In the end, Targhini is decapitated and Montanari, before being executed as well, takes one last gaze upon the citizens of Rome gathered in Piazza del Popolo and says: "Good night, people." (source: wikipedia.org)