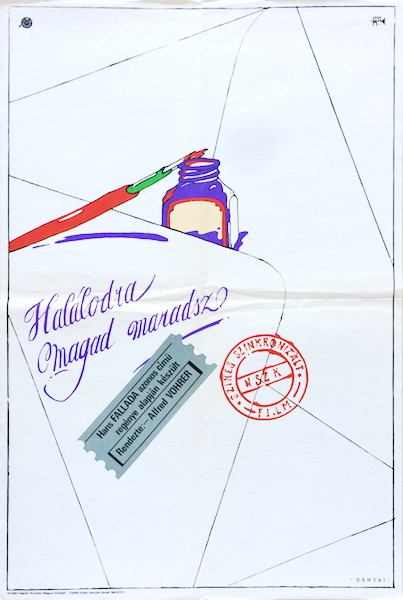 At Your Death You Are Alone

At Your Death You Are Alone is a 1978 vintage Hungarian movie poster designed by Istvan Banyai.

Everyone Dies Alone (Original title: Jeder stirbt für sich allein) is a German film produced and released in West Germany in 1975, adapted from the Hans Fallada novel, Every Man Dies Alone. It was released in English in 1976. The book was based on the story of two ordinary Germans, Otto and Elise Hampel, who committed acts of civil disobedience against the Third Reich, were caught and sentenced to death. (source: wikipedia.org)