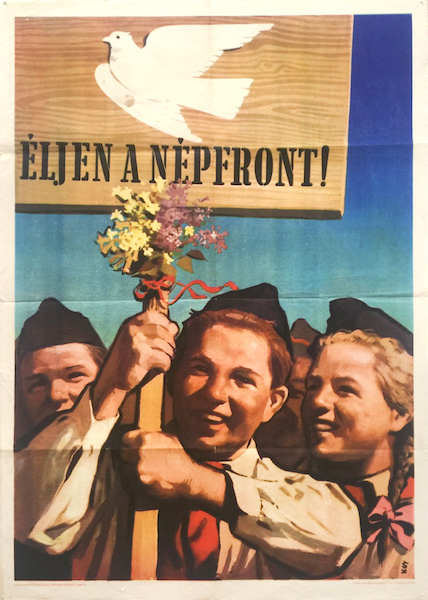 This propaganda poster is typical of the Socialist period and it represents well the aesthetic values of the time, it is a typical Socialist Realist composition. Monumental happy figures, young scouts in particular. They are carrying a wooden board which says 'Long live the People's Front'. Above the text a white dove symbolizes peace which was brough to Hungary by the Soviet army - according to the government of the time - as a closure of World War II.

What makes this poster extra interesting is that there is a paper tag glued to its back which states that it was sent by the propaganda material distributor of the Hungarian Working People's Party - which was the name of the communist state party between 1948 and 1956 - to the Domestic Cotton Industry Company.