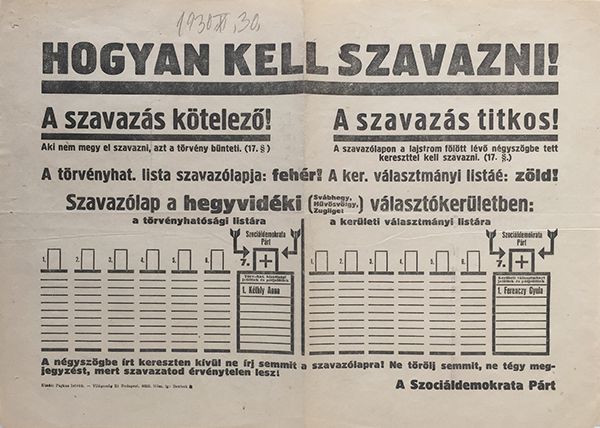 How to vote? Social Democratic Party

How to vote? Original leftist propaganda material from 1931.

Propaganda material of the Social Democratic Party. It gives instructions on how to vote and indicates that the voting was mandatory, not voting had legal consequences. On the elections in 1931 the Party had 11 candidates. This leaflet instructs voters to vote for Anna Kéthly as the candidate of the committee and Gyula Ferenczy as the candidate of the district. Anna Kéthly was the second female congressman in the Hungarian Parliament. She was utterly against the extreme rightist ideology.