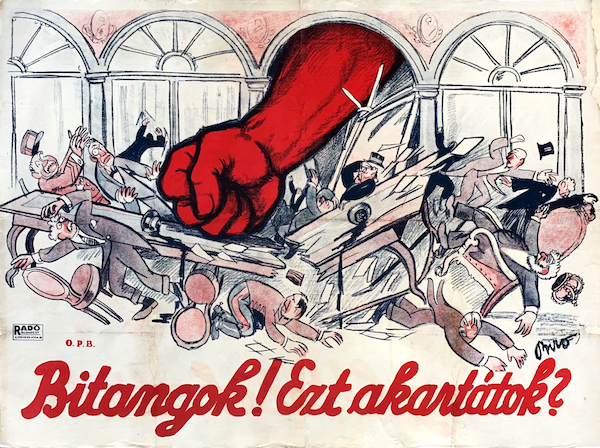 Scoundrels! Is this what you wanted?

Scoundrels! Is this what you wanted? is a 1919 vintage Hungarian communist propaganda poster designed by Mihaly Biro during the early days of the Hungarian Soviet Republic. The poster declares that the new communist government of Hungary was outraged by the developments of the Paris Peace Conference which later led to the Treaty of Trianon.

This poster is one of Biro's most important and well known works, a true masterpiece of early propaganda art.