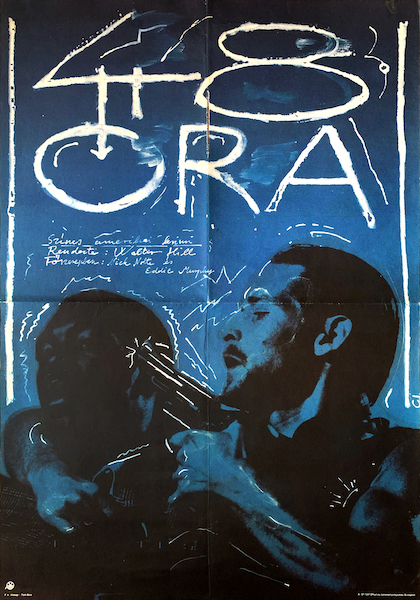 The film stars Nick Nolte and Eddie Murphy (in his film debut and Golden Globe Award-nominated role) as a cop and convict, respectively, who team up to catch two cop-killers, Albert Ganz and Billy Bear, played respectively by James Remar and Sonny Landham. The title refers to the amount of time they have to solve the crime.

It is often credited as being the first film in the "buddy cop" genre, which included the subsequent films Beverly Hills Cop (also starring Murphy), Lethal Weapon, Bad Boys and Rush Hour. A sequel, Another 48 Hrs., was released on June 8, 1990. (source: wikipedia.org)

A hard-nosed cop reluctantly teams up with a wise-cracking criminal temporarily paroled to him, in order to track down a killer.