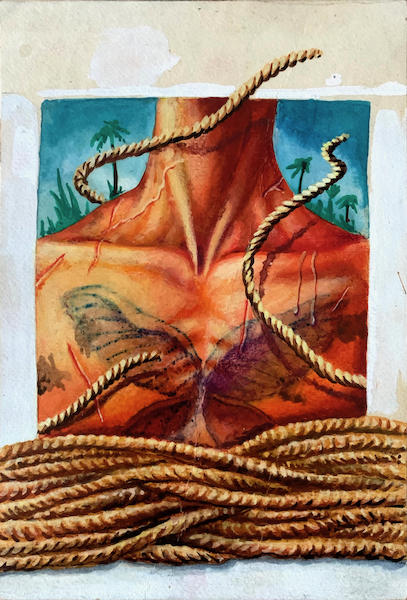 Papillon is a 1977 vintage Hungarian movie poster maquette, which was used as the design of the Hungarian first release movie poster. This original hand painted artwork is from the estate of the artist.

Papillon is a 1973 historical drama prison film directed by Franklin J. Schaffner. The screenplay by Dalton Trumbo and Lorenzo Semple Jr. was based on the 1969 autobiography by the French convict Henri Charrière. The film stars Steve McQueen as Charrière ("Papillon") and Dustin Hoffman as Louis Dega. Because it was filmed at remote locations, the film was quite expensive for the time ($12 million), but it earned more than twice that in its first year of release. The film's title is French for "Butterfly," referring to Charrière's tattoo and nickname.