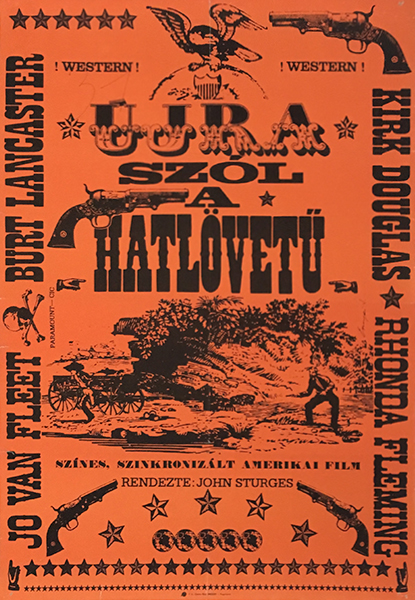 Gunfight at the O.K. Corral

Very good, with small tears on the borders, number 31 written in pen on poster.

Gunfight at the O.K. Corral is a 1981 vintage Hungarian movie poster for an US western film directed by John Sturges.

Gunfight at the O.K. Corral is a 1957 American western film starring Burt Lancaster as Wyatt Earp and Kirk Douglas as Doc Holliday, based on a real event which took place on October 26, 1881. The picture was directed by John Sturges from a screenplay written by novelist Leon Uris. The shootout was portrayed in the movie as a heavily armed firefight that took place at medium range. The historical event itself lasted only about 30 seconds, and was fought at close range with only a few firearms.